What Is an Algorithm?

Participants will understand what an algorithm is, why algorithms matter, and how algorithms are used in both everyday life and computer science.

[Examples could include, for instance, the directions needed in getting from their house to their friend’s house, the sequence of warm-up exercises they follow before taking a run, or the set of steps involved in washing their clothes. As participants share their routines, ask participants if they feel their steps are clear / precise. ]

[Feel free to project the image of a statue of Muḥammad ibn Mūsā al-Khwārizmī, (in Latin, “Algoritmi”), in his birthplace of Khiva, Uzbekistan, below, on a projection screen.] [Project this definition, the second bullet point on the What Is an Algorithm? Handout, on a projection screen.]

[Pass out the Recipe: Participant Handout. Organize participants into pairs. In pairs, have participants discuss: Is this recipe an algorithm? Why or why not? Give them 10 minutes to do this. Remind participants that the steps need to be clearly stated so that anyone would be able to make this recipe.]

[The recipe is not an algorithm for two key reasons. First, some steps are ambiguous (e.g., in the first step, the amount of time specified to cook the black bean mixture is not provided). Additionally, for some of the ingredients, the specific amounts needed are not given. Second, as we can see from the fifth step, the recipe results in six tacos, not the eight that the goal asks for. The process explained in the steps is also not as efficient as it could be — step two asks the reader to step away from the recipe and watch a TV show for a half-hour. As we will soon learn, while an algorithm’s efficiency isn’t an absolute requirement, it is ideal and, in some cases, can be critically important.]

[Project the recipe on the Recipe: Educator Handout on a projection screen.]

[Write down the following bolded characteristics on a flip chart / poster or board.]

[No, we can easily adjust the amount of ingredients  so that we can input any number of servings, from an individual serving to eight, nine, 20, or as many as needed!]

[Project this definition, the second bullet point on the What Is an Algorithm? Handout, on a projection screen.]

[Project this definition, the third bullet point on the What Is an Algorithm? Handout, on a projection screen.]

Activity #2: Out of Order – Algorithms to the Rescue!

[Other examples might include the index of a book, dictionary entries, or books in a library.]

[The cups are still out of order, but the second largest number (110) is now right before the largest number, 125, as it should be.]

[One possible answer is that while the bubble sort is simple, it can be very time-consuming with all the comparisons made.]

[Project the two bullet points below, under “SAY,” on a projection screen.]

[Project the Merge Sort — Step One: Divide diagram on a projection screen.] 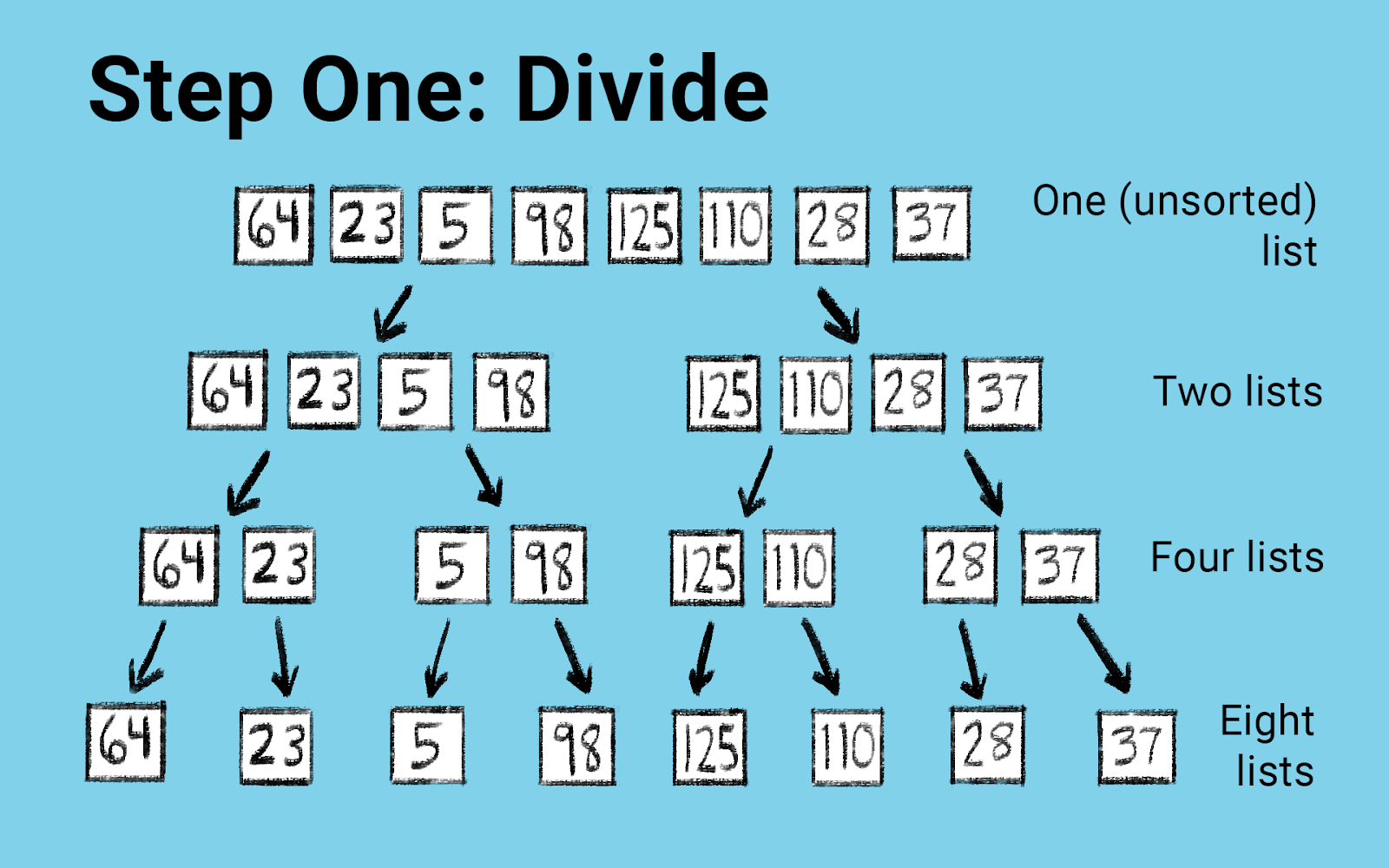 [Separate the eight cups out.] 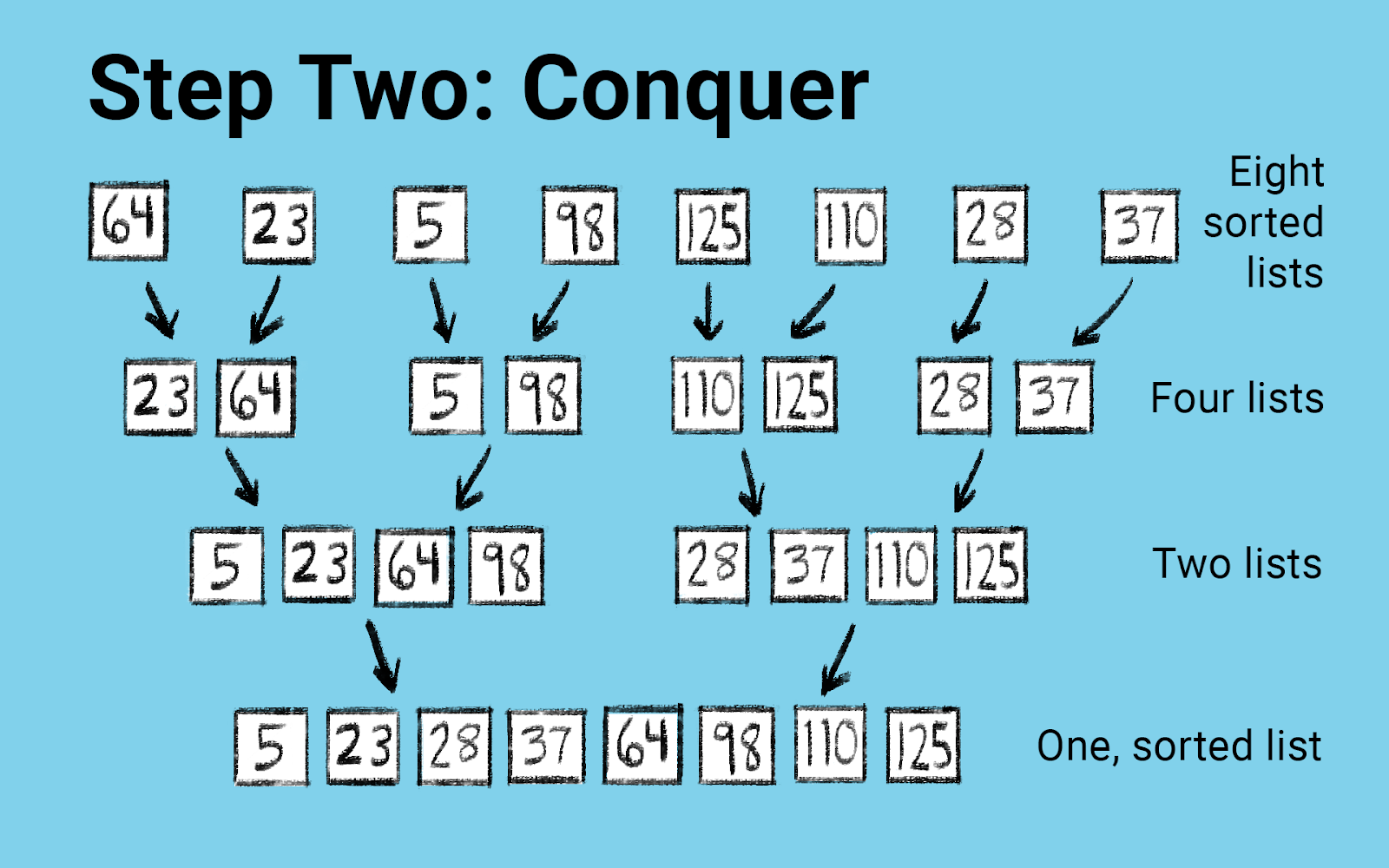 [Place the cups in the arrangement provided in the “Four lists” row of the Merge Sort — Step Two: Conquer diagram]

[Do not actually go through the process. Instead, indicate what the end result would look like by pointing to the way the cups numbered 110 and 125, and 28 and 37 would be merged, provided in the “Two lists” row of the Merge Sort — Step Two: Conquer diagram]

[Pass out the Algorithms in Prime Time: Participant Handout.]

[Cross out all multiples of 3 (i.e., numbers divisible by 3), except 3. Circle 3, another prime number. Note that some numbers might already have been crossed out, such as 6 (which is a multiple of both 2 and 3).]

[Organize participants into pairs. Allow 15 minutes for this exercise.]

[Then, on the Algorithms in Prime Time: Educator Handout, point to the input of 100.]

[Yes. As the goal of the algorithm indicates, we are aiming to find all primes up to 100.]

[Project the following Python code on a projection screen.]

# n is the size of the sieve

# return the list of primes, which are the numbers we have     NOT crossed out.

[Give participants 25 minutes to complete the activity. Depending on the time allotted, in the current or the second group convening, engage in the discussion below.]

[Give participants 15 minutes to engage in this exercise with their partner. Afterward, allow 10 minutes for pairs to share out a) any ways they can make their algorithm more efficient, based on their discussion with their partner, and / or b) a new or surprising thing they have learned while developing their own algorithm, or reviewing their partner’s algorithm.]